Congratulations are extended to Dr. Jean-Eric Ghia who  received a University of Manitoba Outreach Award at a special reception on  November 13, 2017.

In addition to his successful research activities at the University of Manitoba with the Department of Internal Medicine – Section of Gastroenterology, and the Department of Immunology, Dr. Jean Eric Ghia has been involved in  scientific community outreach with Crohn’s and Colitis Canada (Seven Oaks Wellness Center, Reh-fit). In addition, he has become a media personality and regular contributor on CBC’s Radio Canada with a biweekly radio spot promoting researchers and their research conducted at the University, and a monthly French TV spot presenting research done in Western Canada in a segment called   “Qu’est-ce qu’on cherche?”

As noted by Dr. Charles Bernstein, clinician-scientist, Section of Gastroenterology, Jean Eric Ghia is a wonderful example of success when clinical and basic science departments collaborate. Since his appointment at the University of Manitoba, Dr. Ghia’s research investigations and collaborations, grant success, publication record, teaching, mentoring, and service activities have been outstanding. He has been extremely successful in bridging basic science to future clinicians.

As reported in the linked article below “Dr. Ghia has mastered the art of presenting the rigours of science in an easily understandable and entertaining format on various media platforms.”

See link to the university related to the outreach award below

Congratulations to Dr. Ghia on this well-deserved recognition. 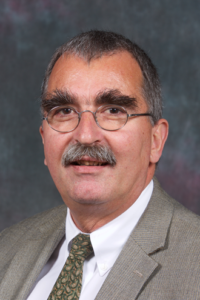 Talking about diversity is in these days – and perhaps even more than that. However, quota is not what I want to discuss in the following, as I strongly believe that the success of any business, in particular that of academic medicine, depends on selecting and hiring the best talent, regardless of its provenience.

What I want to convince you of today is that our Department cannot afford to cut itself off of close to half of the talent in our recruitment reservoir. What does this mean? During the last years, 40-50% of the first year medical students at U of M were women. Currently, 36% of the residents in our Department are women. Both percentages are even higher in most other medical schools/institutions in Canada. However, only 28% of our GFT faculty are women (with a wide variation depending on the section ranging from 9% in GIM, 11% in ICU, and 14% in Cardiology, to 67% in Rheumatology and in Infectious Diseases, respectively). In addition, the percentage of women decreases further in leadership positions and, in particular, in the “full professor” academic rank (see Table below).

Table: Gender Diversity in the Dept. of Internal Medicine (Oct 2017)1

Thus, we clearly lose women along the career trajectory from medical school to residency to faculty and leadership positions. You may interject that this is a cohort effect, but I respectfully disagree, it is not the full story: two decades ago, women already represented close to half of medical school graduates in many medical schools. I would also submit that talent is equally distributed between female and male medical students and residents. The correct question, therefore, is what are the barriers that hinder women to proceed through the ranks and into leadership positions as well as their male colleagues?

The answers are probably multifaceted. Of course there are biological facts – women give birth and breast feed. I am not suggesting we can change that. The point, however, is that we, our Department and its academic physician community, are not yet willing enough to take these biological facts into account and accommodate them in order to profit from talent. Why is it so hard to come up with positions that are temporarily part time (of course, with proportionately adjusted income) allowing to scale back, when children are young, gradually scaling back up again, as their needs change? Why do we offer so few, if any job sharing, models? And if we allow them, why are those who come back full time after a while penalized for, in relation to their time after graduation, “thinner academic CV”, without taking their part time leave into account? BTW: this all does not only affect women – more and more of today’s men choose to take paternity leave (or would choose to take it, if it would be better aligned with cultural and professional expectations, as it is e.g. in Scandinavia).

Then there is what has been termed “institutional reproduction”. Institutions tend to be organized and governed in ways that transmit their institutional norms from generation to generation. The choice of role models and their recognition as such is part of this, as is recruitment and promotion. Individuals become socialized to expect things to be, and to behave, the way they see and perceive it every day in their institution; they cannot emulate and live up to behaviors and cultures that are invisible in their work environment. Women will lose interest in becoming a leader in an institution where they cannot identify with individuals in leadership positions. Conversely, there is ample evidence supporting that the achievements of women are frequently underestimated/undervalued during hiring and promotion processes in a male dominated institutional culture.

Most importantly perhaps, are unconscious biases, believes and role expectations we have for ourselves and others due to gender specific socialization processes during our upbringing. We all have those unconscious biases, even the most equity aware of us – and not only in relation to gender. When I first heard women colleagues talk to me about unconscious bias related to women in medicine, I felt offended, as I perceived myself as treating colleagues equally based on their accomplishments, irrespective of gender. Hearing and reading more about unconscious biases, I realize that I have them too – we all have them, even our woman colleagues in medicine. Acknowledging this as a fact, should not be construed to serve as an excuse, nor does it imply to blame somebody for them.  And as always, awareness is the first step to deal with the issue.

Let me give you a personal example. In a competitive field such as academic medicine, I had always expected that colleagues are ambitious, self-confident, and will eagerly – sometimes too eagerly – take on new tasks and responsibilities when asked for. In fact, many would see these as career opportunities and actively seek them. I was somewhat surprised to learn that some of the most talented colleagues perceive themselves as not talented enough to pursue such opportunities when they present; they need to be talked into accepting them – and then prove to be highly successful. Gender specific socialization facilitates the former in men, the latter in women – also in medicine. As a corollary, this may translate into a work place culture that many talented women – and increasingly men – do not want to be part of.

There are many more examples that demonstrate how widespread unconscious gender bias is. In fact, there is a whole scientific literature on this, of which I just want to mention one stunning example here.  A study published in the high impact journal PNAS found that the likelihood of investing in the same start-up company was 37.1% if the pitched was made by a female voice, but 68.7% if the identical pitch was made by a male voice (Brooks, Huang, Kearney & Murray, Proceedings of the National Academy of Sciences of the United States of America, 2014; 111: 4427-4431).

It is not about telling women to “toughen up”, it is about our department/professional community recognizing the fact that we all have gender specific socialization schemes and need to adapt our culture to them, if we want to profit from all available talent.

Academic medicine, in general, and our Department, in particular, is dependent on all talent we can tap into. Cutting ourselves off from half of it is a big mistake! To avoid this will need efforts to listen and to respect differing perceptions and opinions, as well as our willingness to adapt how we do business.

Discussions on the “women in medicine” theme have started at our recent departmental retreat. I hope they will continue. I hope that the task force that is currently being established comes up with proposals to address the issues. Stay tuned to hear more.

This national award honours an individual who has made a significant impact on the education of Physician Assistants in Canada in both the clinical and academic components of the program and in the advancement of PA education in Canada.

Dr. Bellas is the Medical Director of the Master of Physician Assistant Studies (MPAS) Program at the University of Manitoba.

On behalf of Dr. E. Renner, Dr. N. Hajidiacos and the Department of Internal Medicine we extend our congratulations to Dr. Bellas  on receipt of the 2017 PA Educator Award.