Our sincere congratulations are extended to Dr. Kenneth Kasper recipient of the Health or Safety Award, and Dr. Terry Colbourne recipient of the Resident of the Year Award. The awards were presented at the May 3, 2019 Doctors Manitoba Annual Awards Gala.

For contribution toward improving and promoting the health or safety of Manitobas specifically or humanity generally.

“Dr. Ken Kasper’s efforts to streamline, standardize and improve access to quality HIV care in both the tertiary and primary care setting led to the establishment of the Manitoba HIV Program in 2007 and he has been the HIV Program Director ever since. The Manitoba HIV Program is a true partnership between primary and specialized care and established a centralized referral system to link patients to care quickly and has set standards and quality monitoring processes to ensure people living with HIV in Manitoba are receiving quality HIV care. Dr. Kasper has supported primary care providers at the HIV Program Community Site, Nine Circles, and he has worked to build partnerships with collaborating primary care providers throughout the Province.

Dr. Kasper travels to Churchill regularly to provide care in collaboration with local primary care practitioners. He has made countless trips to Brandon, Swan River and other communities in need to provide direct patient care and education which continues to build capacity and help patients receive care in their own communities. Dr. Kasper’s efforts have led to the establishment of a satellite site of the Manitoba HIV program in Brandon in 2016 and continues to create strong primary care partnerships throughout Manitoba. Since 2011, Dr. Kasper was also the Inaugural ID specialist to develop a relationship with Manitoba’s Stony Mountain federal penitentiary where he spends time now in a developed clinic on site, treating HIV and other Infectious diseases twice per month.

In addition to providing direct clinical care, he has been a strong advocate for patients living with HIV and has been a consultant to the primary care practitioners who provide HIV care in the community at Nine Circles Community Health Centre.Dr. Kasper is an assistant professor in the Department of Internal Medicine at the University of Manitoba and an infectious disease specialist working at Winnipeg’s Health Sciences Center hospital and Nine Circles Community Clinic. He is also the director of the Winnipeg Regional Health Authority HIV Program and the Manitoba HIV Program. His research interests include both medical education with a focus on HIV and an HIV Industry based research program where Manitobans get the opportunity to try the latest HIV medications in phase 3 trials. Dr. Kasper has been a member of the Faculty of Medicine at the University of Manitoba since 1999. He maintains a busy clinical practice in Internal Medicine/Infectious Diseases with his focused HIV care in both the inpatient/ outpatient department at Health Sciences Centre.”

Resident of the Year

For excellence in academic and clinical training and noteworthy contributions to the resident’s home program/specialty or residency program.

“Dr. Terry Colbourne always has a fresh and unique viewpoint on multiple different issues regarding resident training and practice. Nationally, he is a leader in advocating for resident privacy and resident input into the accreditation process. He has played an integral role in the development of national principles regarding resident data collection, accreditation and competency based medical education (CBME). These principles serve as the voice for Canadian residents and are used by various policy makers. He has represented the interest of Canadian residents at many tables including sitting on the CaRMS Board and several Royal College Committees. He has also participated in multiple accreditation site visits as a resident surveyor, most recently at the Dalhousie University accreditation in November 2018.

Dr. Colbourne has been actively involved with the Resident Doctors of Canada Board (RDoC) throughout his entire residency. He served a term as Vice President for the organization, on the Board of Directors and as a member and co-chair of their Training Committee for multiple years. He is currently serving as the Training Committee co-chair.

Dr. Terry Colbourne is a final year resident in Respiratory Medicine at the University of Manitoba, having completed his core internal medicine training at the same institution. In addition to his work provincially and nationally, Dr. Colbourne is an excellent respirology fellow. He was selected and served as chief resident for both the internal medicine and respirology programs in his senior years, and has always been regarded as one of the hardest working residents.” 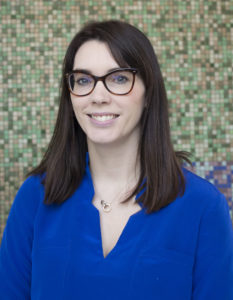 Dr. Emily Rimmer was awarded 1st Prize for the Best Masters in the Bold Idea Student Graduate student competition in the Department of Community Health Sciences. The title of her thesis is White Blood Cell Count Trajectory and Mortality in Septic Shock: A Retrospective Cohort Study

Emily is will be completing a Masters of Epidemiology. Her primary supervisor is Ryan Zarychanski. She is closely supported by Drs. Allan Garland, Donald Houston, Anand Kumar and the members of the Acute Care Hematology Research Cluster.

Additionally he was also appointed honorary faculty at the CRF annual meeting 2018 in Washington DC. 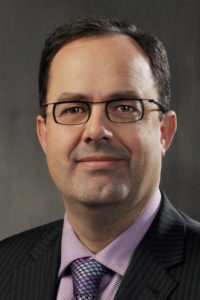 Dr. Peter Nickerson has been awarded the 2018 Kidney Foundation of Canada’s National Medal for Research Excellence.

The award highlights the enduring impact Dr. Nickerson has made to kidney research and the field of transplantation medicine, and acknowledges his record of exceptional accomplishments and contributions at a national and international level.

Dr. Nickerson is a Distinguished Professor of Medicine, Departments of Internal Medicine (Section of Nephrology) and Immunology, Vice Dean (Research) in the Faculty of Health Sciences at the University of Manitoba, and holds several other senior positions including the Flynn Family Chair in Renal Transplant at the U of M.

“As part of a team of renown transplant researchers at the University of Manitoba, Dr. Nickerson is working to unravel the complex factors that influence the success or rejection of a transplanted donor organ. His research focuses on mechanisms of acute and chronic kidney transplant rejection, immunogenetics, non-invasive diagnostics monitoring immune activation, and health policy and system design.”

Please join us in congratulating Dr. Peter Nickerson on this well-deserved acknowledgment from the Kidney Foundation of Canada for his record of outstanding accomplishments in the field of renal transplantation.

The strength of any department lies in its’ members and their achievements and awards. Congratulations are extended to:

Dr. Daniel Sitar, Professor  Emeritus Section of Clinical Pharmacology, has been granted an Honorary Life Membership Award by the College of Pharmacy of Manitoba for meritorious service and professional contributions to Pharmacy.

The 2018 Internal Medicine Residents’ Educator of the Year Award was presented to Dr. Aditya Sharma (Section of General Internal Medicine) in recognition of his dedication and teaching excellence.

Congratulations are extended to Dr. Justin Cloutier who was selected by the 2018 Max Rady College of Medicine and Presidents Council Residents Appreciation Reception planning committee as this year’s recipient of the Resident of the Year Award.

The Dale Iwanoczko Award was awarded to Dr. Jeffrey Wheeler in recognition of his outstanding contribution to the Core Internal Medicine Residency Program demonstrating commitment, compassion, caring and integrity.

We are delighted to announce the first recipient of the Hector Ma Award in Research in the Department of Internal Medicine – Dr. Brett Houston from the Section of Hematology for her research project: “Evaluating the use, efficacy and safety of tranexamic acid to reduce red blood cell transfusion in major non-cardiac surgery.”

Dr. Houston is a PGY5 resident,  and is  concurrently completing a PhD in the Department of Pharmacy.  Her ultimate goal is to practice hematology and function as an independent clinician-scientist at the University of Manitoba where she hopes to be engaged in patient oriented, practice-changing research in the fields of hematology, transfusion medicine and blood conservation.

With a generous gift from Dr. Hector T. G. Ma to the University of Manitoba in 2015 – an endowment fund to enhance resident research in Internal Medicine was established.  Dr. Ma, a graduate of the University of Manitoba (M.D./59) is currently the Director and Senior Consultant Radiologist in the Scanning Department at St. Theresa’s Hospital in Hong Kong. In addition, the Department of Internal Medicine provides matching funds to the award.

To be eligible, residents must be: enrolled full time in the Department of Internal Medicine and be in good standing, demonstrated outstanding interest and commitment to research and performing a supervised research project.

Congratulations to Dr. B. Houston on being chosen the inaugural winner of the award.

We are pleased to announce that the following Department of Internal Medicine Faculty members are recipients of the 2018 Doctors Manitoba Awards.

Dr. Amarjit Arneja – Distinguished Service Award – in recognition of service provided to patients and the community which has enhanced the image of the physician through devotion to the highest ideals of the medical profession and in the promotion of the art and science of medicine through teaching, writing and administration.

Dr.  Arneja and Dr. Embil will be recognized at the Friday, May 4, 2018 Doctors Manitoba Awards and Presidential Installation Dinner at the Fort Garry Hotel, Winnipeg.

When asked about a time while volunteering for the Royal College when he felt that his contribution had made a tangible impact Dr Warrington recalled that “During an oral examination, a candidate became ill. There were apparently no regulations as to what to do, so we sent the candidate to Emergency to be assessed. When the candidate was considered recovered by the ER physician, with the candidate’s permission, we continued the examination successfully.”    He stated that it is important to the College, to the medical profession, to the trainees and to the public  to give back to the medical profession through  work with the Royal College.

Thank you Dr. Warrington for your over 30 years of dedication and service to the Royal College.

The Nick Anthonisen Award of Excellence was created in 2015 thanks to a very generous sponsorship from Astra Zeneca.

This is one of

five awards that Astra Zeneca funds across Western Canada with the goal of creating a network among Respirologists in Western Canada.

The award consists of a plaque as well as a one thousand dollar monetary award to be used towards an academic pursuit of the recipient.

Dr. Porhownik has a busy clinical load with areas of expertise in sleep medicine, cystic fibrosis, and lung transplant.  She is currently the Medical Director of the Lung Transplant Program, and under her guidance our program has become affiliated with the Edmonton Transplant program. This affiliation has resulted in a significant increase in lung transplant recipients in Manitoba. She is the current Program Director and is currently overseeing and guiding the program towards implementation of CBD – which will be the biggest change in post grad education since the introduction of CANmeds. Thanks to Nancy’s leadership the program will be able to smoothly introduce CBD.

Nancy Porhownik works tirelessly for her trainees and for the program and is a role model not only with respect to clinical care, but also to her work/ life balance.

Please join us in congratulating Nancy Porhownik on being this year’s recipient of the Nick Anthonisen Award of Excellence.