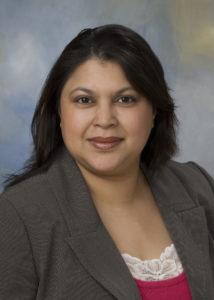 Abstract:   Asthma is the most common chronic respiratory disease, characterized by inflammation in the lungs and narrowing of the airways, which makes it difficult to breathe. Nearly 3 million Canadians suffer from asthma. The direct and indirect cost related to asthma in Canada is around $2.2 billion annually. Nearly 10% of patients do not respond to available steroid therapies and have severe uncontrolled asthma. These patients represent the major burden of asthma and associated healthcare costs. Moreover, commonly used steroid therapies can increase the risk of lung infections, which results in worsening of asthma. Therefore, there is an urgent need to develop new therapies that can control asthma, without compromising a patient’s ability to resolve infections. Dr. Mookherjee’s study focuses on new molecules known as innate defence regulator (IDR) peptides, which are designed from natural molecules that play a critical role in the immune response. IDR peptides can control both inflammation and infection in the lung, with the potential to overcome side effects associated with current therapies. We have shown that IDR peptides improve breathing capacity in an animal model of asthma, and can control cellular processes linked to steroid unresponsiveness. This project is aimed at the development of IDR peptides as a new therapy for asthma. This project will identify the changes that occur in lung cells after they are treated with IDR peptides. We will also study the biological effects of IDR peptides in the control of lung inflammation and fibrosis, in a mouse model of asthma. The results from these studies will allow us to identify new drug targets with the potential to alleviate unresponsiveness to steroid therapies, a condition for which there is currently no effective treatment. This project will directly support the development of a new IDR peptide-based therapy for asthma, which will have the added benefit of countering steroid-refractory asthma and controlling lung infections